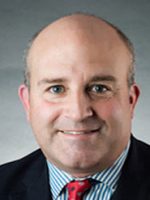 Rick is a graduate of the University of Michigan and Wayne State Law School. He has been an attorney in private practice for over 17 years. 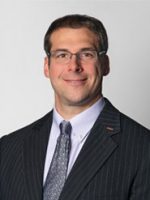 Randall obtained his BA from the University of Richmond in 2001 and his JD from Cooley Law School in 2005. He has a wealth of diverse experience with eleven years of litigation experience. He has over three years of litigation experience in licensing and regulatory insurance. Randall has also litigated cases over a wide spectrum of subject matter including criminal law, personal injury, medical malpractice, financial fraud, labor and employment law, business law, defamation, trade secrets, breach of fiduciary duty, regulatory insurance law, and general litigation over the course of his career.

Randall was a Judge Advocate General for the U.S. Army in 2006. As a litigator for the U.S. Army, he successfully prosecuted several criminal cases involving financial fraud, theft, and sex offenses. He provided litigation support for, and liaison with, Assistant U.S. Attorneys and the U.S. Army Litigation Division for claims under the Federal Tort Claims Act. In addition, Randall also served as a Detention Operations Attorney in Afghanistan where he evaluated evidence and rendered legal advice on internment criteria and alternate dispositions for suspected terrorists that threatened the security of U.S. Forces and U.S. Coalition Forces.

In February 2014, Randall joined the ranks of state government service and served as the Assistant General Counsel for the Tennessee Department of Commerce and Insurance. He litigated numerous administrative regulatory insurance matters for the State of Tennessee which involved insurance fraud and violations of Tennessee insurance laws.

Currently, Randall is specializing in real estate litigation which involves the specific issues property owners and entities experience in everyday life. He is currently licensed to practice in the Michigan, Tennessee, and New Jersey.

Awards and Honors of Note

David grew up in Bloomfield Hills, Michigan and attended Indiana University from 2007-2011 where he received a Bachelor of Science degree in public affairs. Upon graduation, David attended the University of Detroit Mercy School of Law and graduated in May, 2014. During law school, David clerked for the Honorable Lawrence Talon and the Honorable Connie Marie Kelly from the 3rd Circuit Court. David also served as a law clerk for Lipton Law. David joined Linnell & Associates in January 2015. 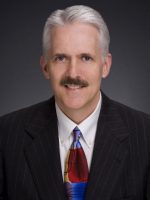 Jack became Of Counsel to Linnell & Associates, to assist the firm with its real estate law department and representation of both real estate professionals and their clients. In addition to being a licensed attorney in Michigan, Jack is a licensed real estate broker, professional educator, and recognized author. Jack is well versed in a variety of real estate issues including broker policies, brokerage practices, agency, contract law, and ethics and procuring cause hearings.

Jack obtained his original real estate license while working toward his undergraduate degree from Central Michigan University in education. Upon graduation, he combined his background in real estate with his passion for teaching and co-founded NCI Associates, Ltd., one of Michigan's foremost licensed private vocational schools that specializes in providing entry-level and advanced courses in real estate and construction-related subjects.

After rising to become one of Michigan's premier real estate instructors, Jack decided to take his knowledge and ability to serve the real estate industry to the next level by attending law school and becoming an attorney. Jack obtained his Juris Doctorate degree from Michigan State University College of Law and, shortly thereafter, was admitted to the State Bar of Michigan.