The trouble with sandbars 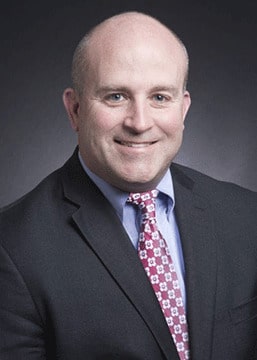 Michigan’s inland lakes often have smooth, sandy lake beds, a tremendous part of their appeal for all sorts of recreation.

Throughout the state, from Muskamoot Bay on Lake St. Clair, to Cass Lake in Oakland County, and Torch Lake in the northern reaches of the Lower Peninsula, boaters in all manner of watercraft, as well as intrepid pedestrians willing to swim or wade, flock to “sandbars”, or shallow offshore areas for revelry and partygoing.

Perhaps the most (in)famous incident in recent memory was the “Beatbox Beverages” party on Torch Lake in in 2015, culminating in a circuit court lawsuit against the party promoters. As an inland lake riparian property owner, one likely wants to understand their rights (if any) to stop this sort of conduct, especially if it takes place in close proximity to one’s home.

In the context of inland lakes, riparian ownership typically continues out onto the bottomland of the lake. Unless a contrary intent is conveyed in the owner’s deed, riparian owners own to the “thread” of the lake (or stream.) Norris v. Hill, 1 Mich. 202, 207 (1849.) The “thread,” typically refers to the middle or center of the lake (or stream.) So, with some exceptions, a riparian landowner’s riparian rights to water-covered bottomlands are indistinguishable from ordinary fee ownership of dry land (uplands.)

However, “the private right must yield to the public right”, which is the public’s right of reasonable access to the water itself. The members of the public who are entitled to access to navigable waters on the lake have a right to use the surface of the water in a reasonable manner for such activities as boating, fishing and swimming. An incident of the public’s right of navigation is the right to anchor boats temporarily. This is where the difficulty in self-policing sandbar parties comes into play.

While the public does have a right to anchor for purposes incidental to navigation, it follows that if the purpose is not related to navigation, that right to anchor may be limited. So, as a private citizen, the difficulty in excluding bottomland trespassers arises from if the anchoring is upon your particular bottomland, and if that anchoring can reasonably be said to not relate to boating, fishing, swimming and navigation. So, while difficult to define, personal suits against offenders are a possible means of enforcement.

Fortunately, local municipalities have a broad swath of regulatory authority on inland lakes, including issuing standard tickets for intoxication and indecency, as well as lake-by-lake maximum noise ordinances for motorized vessels. Pursuant to MCL 324.80112a, a municipality may enact a temporary ordinance if the political subdivision believes a temporary ordinance is needed for the use of the department shall propose a temporary ordinance that affects all boats or some boat types on the water body subject to its jurisdiction. This can be a particularly effective and underutilized tool to police sandbars. We recommend gathering affected owners from your lake and attending city council meetings to enact legislation that preserves your use and enjoyment.